During Holy Week we celebrate and reverence Christ’s Paschal Mystery – His Suffering, Death, and Resurrection.  To enter more deeply into this mystery the Church walks in the footsteps of Christ and the Apostles through special liturgies rich with extraordinary practices that recall and connect us in a unique way to the events beginning at the Last Supper and culminating in finding the empty tomb.  These liturgies are called the “Easter Triduum.”  The USCCB (United States Conference of Catholic Bishops) describe it in this way:

What do we mean by Paschal Mystery?  It recalls the sacrifice of the Israelites during the last plague in Egypt.  God told Moses to instruct the Israelites to sacrifice an unblemished lamb, spread its blood on the door posts, then cook the meat and eat it.  Then, when the angel of death came to take the firstborn son of every Egyptian it would Pass-over the homes marked with the blood of the lamb.  Every year at that time the Israelites would recall this event and enter into it through celebrating the Passover.  This was the meal Jesus celebrated at His Last Supper and to which He gave new meaning.

Whereas we ratify contracts today through signatures and notaries, in Old Testament times agreements were formalized in covenants and ratified with blood.  At the Last Supper Jesus instituted the New Covenant ratified in His own blood.  He chose the Passover sacrifice, which celebrated freedom from slavery in Egypt and death by Pharaoh, to reveal the fullness of the covenant through Him, which would free us from slavery to sin and eternal death.  The blood which would be poured out to ratify this agreement would be His own and the sacrificial lamb, finite in its ability to atone for sin, would be replaced with His own perfect sacrifice of infinite value.

At the Mass of the Lord’s Supper on Holy Thursday we contemplate the actions and words of Christ when He instituted the New Covenant.   Christ changed the bread and wine into His own Body and Blood that we too might eat of the Paschal Lamb and receive the gift of freedom from God.

To change bread and wine into His Real Presence, without a change in appearance, required a supernatural act.  As a result, Christ also instituted the priesthood on that holy night.  Jesus commanded the apostles to “do this in remembrance of Me.” Christ’s words, as the Logos, the divine Word of God, differ from ours.  Whereas my words may or may not have an impact, Christ effects what He says.  In Genesis 1, God said “Let there be light” and there was, along with everything else He created.  When Christ says “do this”, He empowered His apostles to repeat the same miracle.  Christ is the eternal priest who offers His one sacrifice to the Father over and over again for us.  He does this through His priests whom He has consecrated and enabled through the Sacrament of Holy Orders.  In preparation for this office, Jesus began the evening by demonstrating the nature of power in His kingdom.  He washed the feet of the disciples.  Washing the feet of infants is adorable, they’re sweet and pudgy.  The feet of teenagers however become smelly and the feet of grown men who wear sandals, well…

Greatness in Christ’s kingdom is marked by humility, sacrifice, and service.  Below I’ll list the events of each day during the Triduum along with sacred art to illustrate some of the events.  Take time to contemplate some of them and consider how to more closely be yoked to Christ.

Holy Thursday: Celebrates the night of the Lord’s Supper 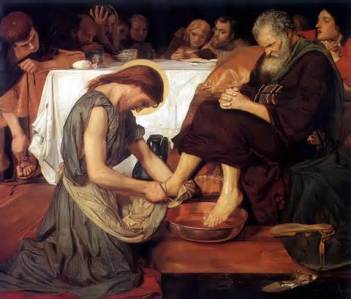 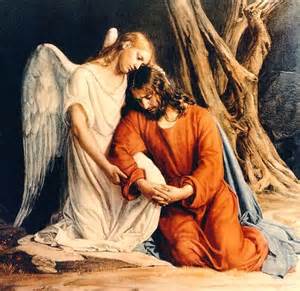 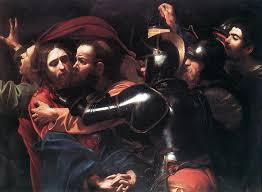 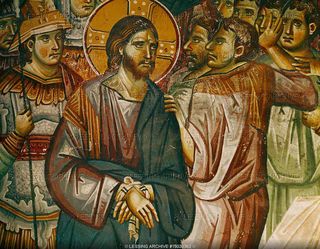 Good Friday: Called “Good” because Jesus merits our redemption through His suffering and death.

Day of Fasting and Abstinence – No meat, only eat one regular meal or two small meals Veneration of the Cross 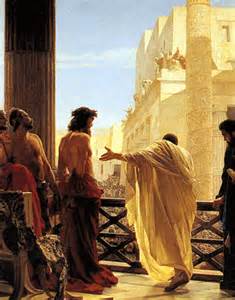 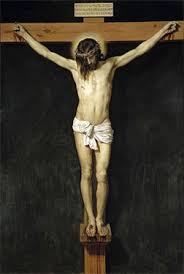 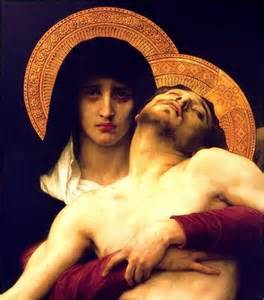 The Easter Vigil:  Most ancient practice in the Church – began Saturday evening and ended at daybreak Easter Sunday  “Mother of all vigils”

It consists of four general parts:

1. The Service of Light

The Paschal Candle, which will be used to light the baptismal candles throughout the year is also lit from this fire and placed by the sanctuary during Easter.

2. The Liturgy of the Word

This consists of nine readings which give an overview of God’s work of salvation – from His creation of man and woman in the image and likeness of God, their fall to sin, then God’s efforts to restore us through covenants and promises which came to fulfillment in  Christ.

Catechumens (adults who have not been baptized) and candidates (adults baptized in a non-Catholic Christian faith) receive the sacraments of initiation and are received into the fullness of the Catholic Church.  Candidates receive Confirmation and Catechumens receive both Baptism and Confirmation.

4. Liturgy of the Eucharist.

The reception of the Body, Blood, Soul, and Divinity of the Crucified and Risen Lord 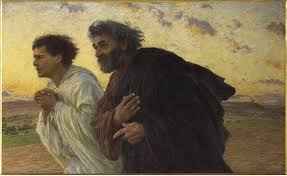 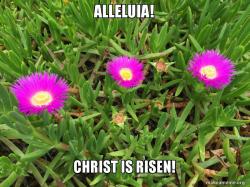 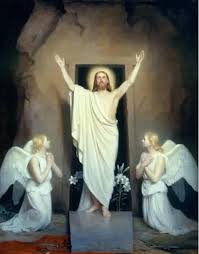 2 thoughts on “The Easter Triduum…Entering the Mystery”