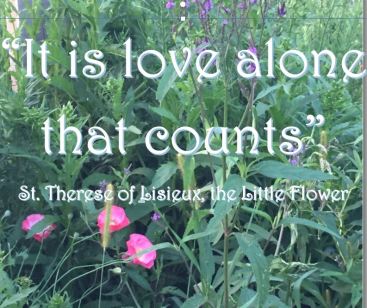 Jesus told his disciples this parable: “A man going on a journey called in his servants and entrusted his possessions to them. To one he gave five talents; to another, two; to a third, one–to each according to his ability. Then he went away. Immediately the one who received five talents went and traded with them, and made another five. Likewise, the one who received two made another two. But the man who received one went off and dug a hole in the ground and buried his master’s money.

Fair doesn’t always mean equal. Most often it requires a sliding scale.  Chores and responsibilities in the home depend on age and ability.  In the same way, privileges correspond to the level of responsibility and trustworthiness.  The workplace organizes in roles determined by qualification and experience, thus each is expected to contribute in the manner expected of their specific job.

Jesus reveals that in the kingdom of God there’s a sliding scale as well.  Each person has a job which is suited to his or her abilities and expectations for outcome that correspond to them.  Thanks be to God!

It seems reasonable so what’s the problem?  Sin.  I’d like to consider specifically Envy and Sloth.  Envy stirs discontent within us.  It looks around at others and desires their gifts and goods, and rejoices at their misfortunes.  It makes us want others’ privileges without necessarily their responsibilities.  It convinces us the grass is greener on the other side and blinds us to the Cross present in every state and place in life.

Envy can even distort spiritual aspirations.  The Lord has a plan for each one of us (Jeremiah 29:11). He has poured out His redemptive love for all mankind and invites everyone to Heaven.  He calls us each to love where He has placed us, not where He has placed someone else.

Sometimes love includes warm feelings and gratitude, other times it tries our patience and drains us.  At all times however, love is faithful.  I love my kids when receiving their hugs and when disciplining them during a tantrum, when being met with appreciation or the attitude that I can’t do anything right.   I love my students when engaging in an inspiring conversation with them, and when having to track down their missing homework or correct a bad behavior.

During the difficult tasks of love however, it’s tempting to think that we are in the wrong place.  We look around us and consider if we would be happier doing something else for the Lord.  And yet, precisely in faithfully loving during good times and bad, we most resemble our Lord and act as His disciples.

The second obstacle to faithful love is sloth.  Sloth is physical and/or spiritual laziness.  It especially undermines our strength of perseverance in the unappealing aspects of relational love such as the daily routine of chores, conflict resolution, work deadlines, bearing wrongs patiently, praying when we don’t feel like it, or going to Mass even though we’d rather sleep in.  It’s then that we want to just bury the talent God gave us and click the next episode of Netflix.

But God has made us with a purpose and has entrusted us with a noble task.  He calls us to greatness through great love.  Jesus called St. Mother Teresa to greatness through “small acts done with great love.” Before her, St. Therese of Lisieux the Little Flower, from whom Mother Teresa chose her name, learned the “Little Way” from Jesus and Mary.  Though a cloistered Carmelite nun who died at a young age, Jesus inspired millions through the love He poured into her and through her, so much so that Pope St. John Paull II proclaimed her a Doctor of the Church on October 19th, 1997.

In his homily, he described her missionary aspirations, which Christ asked her to fulfill not by travel (as she wished)  but through contemplative prayer and sacrifice.  Though not the martyr’s glorious death she desired, she came to understand that each is called to a different service, but all are called to the same purpose – love.  In fact, she concluded and exclaimed, “O Jesus, my Love … at last I have found my vocation; my vocation is Love!'” (Ms B, 3vº).  She understood that Christ simply wanted us to love with faithfulness wherever we were and that fidelity contributed to Christ’s larger mission (she is in fact the patron saint of missions).  Pope St. John Paul II described her insight in his homily saying,

John Paul II followed the Little Way and Christ called him to love in astounding and public ways, travelling around the world, encountering millions of people, and fighting deathly philosophies becoming a saint through love too.  At the same time, St. Therese’s parents, who lived a simple Catholic family life, were canonized saints by Pope Francis in October of 2015.  Whether a pope or a parent, all are called to love and through that love be saints.  It’s love that God gives to us, and love that He wants returned – not buried and barren, but fruitfully multiplied.  Love gives love, and in giving it receives.  As St. John exclaimed in his first letter: