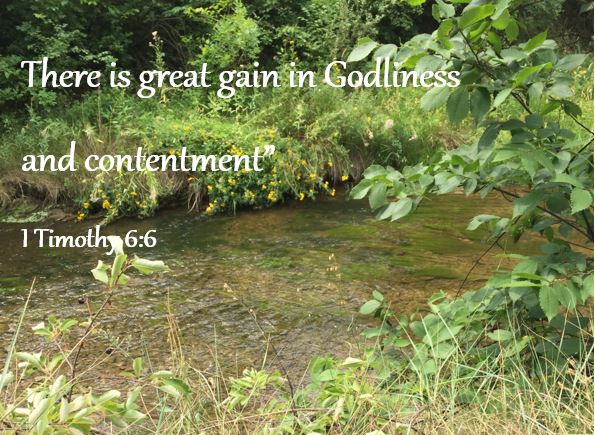 Jesus told his disciples this parable: “The kingdom of heaven is like a landowner who went out at dawn to hire laborers for his vineyard. After agreeing with them for the usual daily wage, he sent them into his vineyard. Going out about nine o’clock, the landowner saw others standing idle in the marketplace, and he said to them, ‘You too go into my vineyard, and I will give you what is just.’ So they went off. And he went out again around noon, and around three o’clock, and did likewise. Going out about five o’clock, the landowner found others standing around, and said to them, ‘Why do you stand here idle all day?’ They answered, ‘Because no one has hired us.’ He said to them, ‘You too go into my vineyard.’ When it was evening the owner of the vineyard said to his foreman, ‘Summon the laborers and give them their pay, beginning with the last and ending with the first.’ When those who had started about five o’clock came, each received the usual daily wage. So when the first came, they thought that they would receive more, but each of them also got the usual wage. And on receiving it they grumbled against the landowner, saying, ‘These last ones worked only one hour, and you have made them equal to us, who bore the day’s burden and the heat.’ He said to one of them in reply, ‘My friend, I am not cheating you. Did you not agree with me for the usual daily wage? Take what is yours and go. What if I wish to give this last one the same as you? Or am I not free to do as I wish with my own money? Are you envious because I am generous?’ Thus, the last will be first, and the first will be last.”

The kingdom of Heaven, from which Jesus came, far exceeds any social construct we observe on earth.  Here our relationships, all the way from the inter-national to the personal, become skewed due to our two greatest weaknesses – pride and envy.

It’s childish really. Parents and elementary school teachers tire from the petty cases brought to them over and again throughout the day by children seeking “justice.” Moreover, in family life it can spiral out of control as one act of pride or envy against another is fought with counter measures of pride and envy and so on.  Rather than accept their own guilt for their personal bad reaction, kids try to pass on blame and push parents to the classic question, “Who started it?”  As everyone points fingers and clamor for justice, the poor mom and dad beg the kids to settle down and just be merciful with one another.

St. Paul tells us, “Love is patient, love is kind…”  In other words, love tries to be understanding instead of over-reacting.  Love shows compassion toward weakness, even weakness of character. Love is generous rather than miserly.  Love doesn’t look out for #1, it looks out for the beloved.

Jesus’ parable of the landowner and day laborers illustrates the striking difference between our natural inclination and experience and the kingdom of Heaven. When I hear this parable I know that I shouldn’t agree with the laborers who were upset, but I can’t help feeling their disappointment with them.  I hate to admit that even thoughts of, “why weren’t the guys the landowner found in the afternoon not there in the morning?”  Even worse, my imagination considers multiple reasons they were late, all being their own fault or the product of vice.

However, Jesus knows our fallen thoughts so He includes important details in the parable to counter such accusations.  Thus, prior to hiring the last crew at 5:00, he asks them why they have been standing there idle all day.  They respond with an innocent explanation – no one had hired them.   “Exposed!”, as my kids would say.  My thoughts reveal a childish attitude of rivalry rather than a mature disposition of love.

But what about the unfair pay?  And why did the landowner pay the last men first in front of everyone else?  Every parent knows if you plan to treat one kid and not the others on a particular day, at least keep it on the down-low.  You spontaneously stop for DQ with one of your sons on the way home from a baseball game?  Only a rookie parent would fail to have the ice cream finished being eaten and all evidence thrown away in an inconspicuous garbage before entering the house.  Never mind that you make a point treat the other kids individually  too at various times.  If one kid walks in the house with a half-eaten blizzard, mutinous anarchy erupts.  One stray DQ napkin, and the moment the door to the van opens the other kids point and yell “What?!  You went without us?  Unfair!!!”  Their envious rivalry takes all spontaneity out of love.

On the surface, the laborers’ disappointment seems fair, however Jesus reveals that it stems from envy.  Next to pride, envy is the most cited root of the many social and personal ills discussed in the Catechism.

Jesus invites us to consider a different way of thinking, living, and being. To imagine a kingdom free of pride, envy, ambition, lust, and selfishness we have to think of it in terms of love.  Not the fluffy, emotional kind of love.  Rather, courageous and deep love which wills the good of the other and finds joy in sacrifice if it means enriching or healing the beloved.

Jesus compares His relationship with us to the love a groom has for his bride, willing to give everything even at a sacrifice, and with great joy.  He compares our interconnection with one another to a body united to Him as its head.  Thus, one person’s pain is shared by everyone, and one person’s gain is rejoiced in by everyone.

Consider the parable again from Christ’s perspective.  The men the landowner found late in the day were aimless, anxious, and in danger of starvation.  If they did not work that day, they would not have a day’s wage and would be unable to provide for themselves and their families.  They owned no land to provide them with some kind of security.  They had no annual salary, health insurance, or any kind of future protection.  They lived day to day, always uncertain about tomorrow.

The first men hired physically toiled longer, but they also had the peace of mind that at least for that day they would have a wage and therefore food. Moreover, there’s a certain dignity related to putting in a hard day’s work.

If those without work were strangers, it would be easier to rationalize competitiveness.  Imagine however that the ones hired later are your sons or daughters, or close friends.  It would be hard to truly enjoy your wage knowing how worried you might be that they only worked a few hours that day and would earn too little to eat enough on.  Upon seeing your beloved child or friend provided a full day’s wage, you would rejoice with them as well as enjoy your own wage more because your friend received the same.  You would also rejoice that they had the opportunity to be productive and their work valued.

Jesus invites us all into His Kingdom.  He finds us standing idle, looking for meaning and purpose, waiting for Truth and Mercy.  He promises a just wage for working for Him – the gift of enduring love, authentic meaning, and eternal happiness with Him.  If we love our neighbor, we will feel pained seeing them still standing idle, wasting the day, impoverished and anxious.  We would want the same reward for them that we received from Christ no matter when they joined His crew.  In fact, to have labored with the Lord, is a gift in and of itself.  When it comes to serving our beloved, we don’t ask how little can I do for them but rather how much?

How can God be both Justice and Mercy?

Prepare for the Coming of Christ’s Mercy by Giving Mercy

The Beatitudes: Climbing the Mountain of God by Way of the Valley of Humility